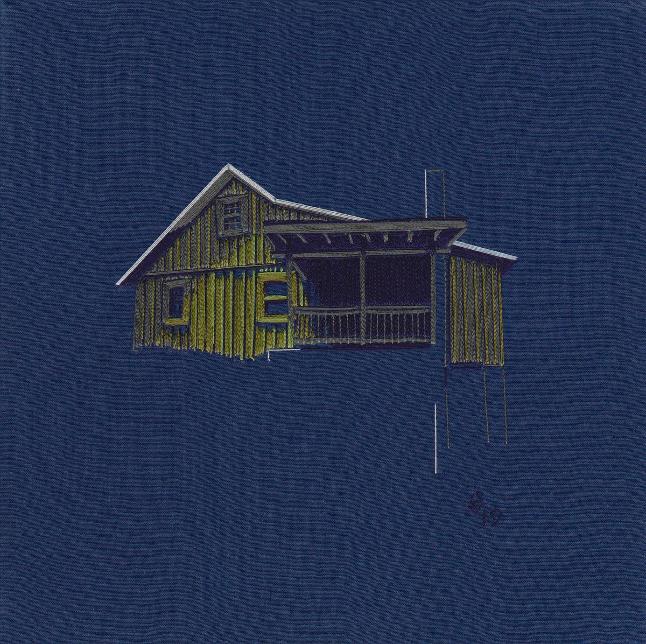 This work was created while in residence at the Hambidge Creative Residency for the Arts and Sciences in Ju 2019.

As one of the first artist communities in the U.S., the Hambidge Center has a distinguished history of supporting individual artists in a residency program. The Center also continues to act as a steward of its extraordinary 600-acre setting in the foothills of the Blue Ridge Mountains.

The Center was created in 1934 by Mary Hambidge, who established the artist enclave and sustainable farm in memory of her artist partner, Jay Hambidge (1867–1924). After a brief career as a performer on vaudeville stages (Mary was a world-class whistler who appeared with her pet mockingbird Jimmy), she discovered weaving and eventually found her home among Appalachian weavers in the North Georgia mountains.

In the early days of Hambidge, she employed local women to create exceptional weavings that would one day be featured in many exhibits including the Smithsonian and MOMA. Later she broadened the scope of the Center by inviting artists for extended stays. After her death in 1973, the Center evolved into a formal and competitive residency program open to creative individuals from all walks of life.

The Hambidge Center is a member of the Alliance of Artist's Communities and was recognized with the 1996 Cultural Olympiad Regional Designation Award in the Arts.

A lifelong pursuit of creativity along with a love of dynamic symmetry and natural beauty led Mary Hambidge to develop an artist’s community in the foothills of the Blue Ridge Mountains. She also possessed an entrepreneurial spirit to leave the artist community of New York City behind in the 1930s to become a fulltime weaver on her newly acquired farm in north Georgia. Creativity and entrepreneurialism are still the driving forces at Hambidge today. 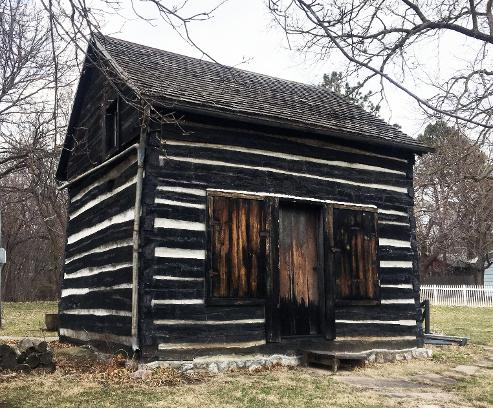 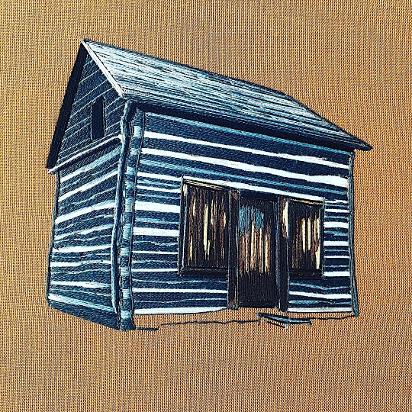 "While researching the history of Nebraska City, I came across a unique cottonwood cabin that was located along Highway 2 named the Mayhew Cabin. I was immediately attracted to the colors and repetition that existed within the structure and began my research on the history of this particular space. I learned that the Mayhew Cabin is the only Underground Railroad site in Nebraska officially recognized by the National Park Service. It is also included among the sites of the National Underground Railroad Network to Freedom. The cabin was considered a place of refuge for enslaved individuals seeking a place to rest on their journey to freedom. It is a place where people stood firm against the injustice of slavery. I was able to walk through the original 1850's cabin and travel down the 1930's reconstructed cave and tunnel area underneath the structure to experience the sights and sounds of what it could have been like in that environment for those individuals seeking freedom. I was happy to connect with the Mayhew Cabin historian to discuss the possibility for me to do a site-based, site-responsive interpretation of my Soundstitching of the Mayhew Cabin. I am very thankful that I was able to spend the day alone within the cabin and exist among the energy of this space for a day during my residency time at the Kimmel Harding Nelson Center for the Arts."

"With the extended time I was able to spend in residency at the Kimmel Harding Nelson Center for the Arts, I created new work involving a way to interact with my Soundstitching project. I am most interested in providing collaborative, interactive, participatory and educational opportunities through my work. Art is for everyone, it should be all-inclusive, should not intimidate and should provide an individual the opportunity to see and experience the world in new ways. With this participatory idea in mind, I was able to create interactive, sound, soft sculptures that the viewer has the freedom to touch and interact with, which is necessary in order to hear the element of sound. You do not have to know how to read music, or play a musical instrument to hear the sounds associated with my fiber-constructed soft sculpture. Additionally, the sounds you will hear from this instrument are sounds that are recorded on-site at the Mayhew Cabin and are associated with the colors used in the Soundstitching tapestry. I reprogrammed sound devices often found inside children's touch storybooks or musical greeting cards to emit sounds that I could hear and record within and around the space of the Mayhew Cabin. I was most interested in the repetitious sounds one may have heard as a person who experienced interacting or living within this space. The sounds I recorded consisted of the following: walking around on the wooden cabin floor and inside John Brown's gravel cave; knocking on the front door and tapping on the window pane, as if to be let in; the sound of the lock being quickly jostled, locked and unlocked on the front door; running through the tall grass around the cabin; the birds chirping in the surrounding landscape and the sounds of the thread coming through the canvas as I stitched the cabin in residence. These are all sounds you will hear when interacting with my sound, soft sculpture that is currently on exhibit at the Kimmel Harding Nelson Center for the Arts in Nebraska City, NE until August 24th." - CASSIA KITE

The documentation of creating the Mayhew Cabin interactive, sound soft sculpture can be seen in the film below. I cannot thank the Kimmel Harding Nelson Center for the Arts enough for awarding me time to make work at their residency and have the opportunity to share my work through a solo exhibition in their gallery.

The Kimmel Harding Nelson Center for the Arts is an ideal setting for working artists looking for a respite to concentrate on their work. Although originally built in 1969 as a luxury communal home for three prominent couples, the KHN Center has become a renowned artist residency program located in southeastern Nebraska.

Since 2001, the residency has hosted more than 50 working artists each year which include a combination of visual artists, writers, composers, and interdisciplinary artists from across the country and around the world. Each has found privacy in which to create along with ample opportunities to interact with fellow artists in a friendly community located in the rolling bluff country of eastern Nebraska. The KHN Center accommodates up to five artists at a time for stays that vary from two to eight weeks.

In 2001, the KHN Center was established by the Richard P. Kimmel and Laurine Kimmel Charitable Foundation, Inc. The facility is housed within the prairie-style complex designed by architect, Burkett Graf and built by Karl H. and Wealtha Harding Nelson. The efforts of these pioneering visionaries have shaped the face of the arts in Nebraska and the region through the Kimmel Harding Nelson Center for the Arts.

The Kimmel legacy looks back to when John Kimmel acquired the Kimmel Farms in Nebraska City in the 1850s. Some 75 years later, his grandson, Richard P. Kimmel, assumed management of the family farms and in 1925 established the Kimmel Orchard just outside the city. In a lifetime devoted to care of the land, both Richard and his wife, Laurine, herself a painter, committed themselves to the development of their community and the best in human endeavor. The foundation they established now provides important support to charitable causes in Nebraska and Iowa with highest priority given to proposals in education, the arts, agriculture, human services and the humanities. Endeavors undertaken by the foundation in Nebraska City such as the Kimmel Orchard and Vineyard, the Kimmel Education Research Center, the Kregel Windmill Factory Museum, and the Kimmel Harding Nelson Center for the Arts continue to bring the dreams of Richard and Laurine to life.

More information can be found on the Kimmel Foundation's website.